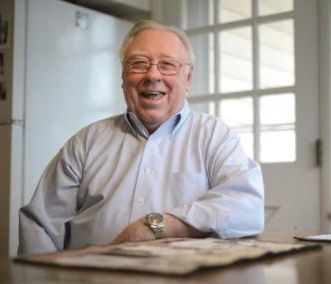 Loving one’s heritage isn’t necessarily automatic; it can be a choice or even an experience one grows into. Being born in County Mayo in 1938 and living there your whole life does not guarantee a deep love of your heritage. James Joyce was once asked what it meant to be Irish. He responded “I regret it for the temperament it gave me.” Our own native son Pulitzer Prize Winning author William Kennedy was asked a similar question many years ago and responded by quoting Joyce while adding his own spin saying, “Irishness is something I came to late in life.”

For many of us, our ancestors are generations long gone and much of what they left us has slipped into eternity. So it begs the questions: what is Irishness and how do we live our Irish heritage being so far removed culturally? I believe we would all agree our ancestors didn’t march in parades wearing outlandish costumes of green, orange and white nor did they drink green beer on St. Patrick’s Day. And those among us who are Irish are a little tired of hearing what the seven courses of an Irish meal are: a six pack of Guinness and a mound of green speckled mashed potatoes. 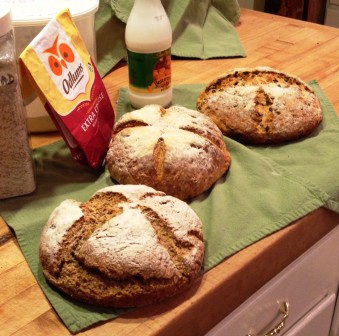 I remember speaking to a newspaper food critic in the early 80’s who suggested, humorously, the term Irish Cuisine was a contradiction in terms. I certainly never heard anyone in my family suggest they were going to cook Irish. Cook Italian – Yes! Cook French Provencal – Yes! Cook Mexican, Latino, Tuscan, Spanish, BBQ…you get the point. Irish Cuisine is somewhat foreign to all of us, but it does exist! So, what to do? The history of Irish food and culture is immense. The information currently available on the Internet regarding the history and culture of Irish cuisine is downright awesome, and the availability of recipes is there to prove it! It’s time! Let’s pass it on!

If you have any questions for Harold Qualters, contact the Irish American Heritage Museum.