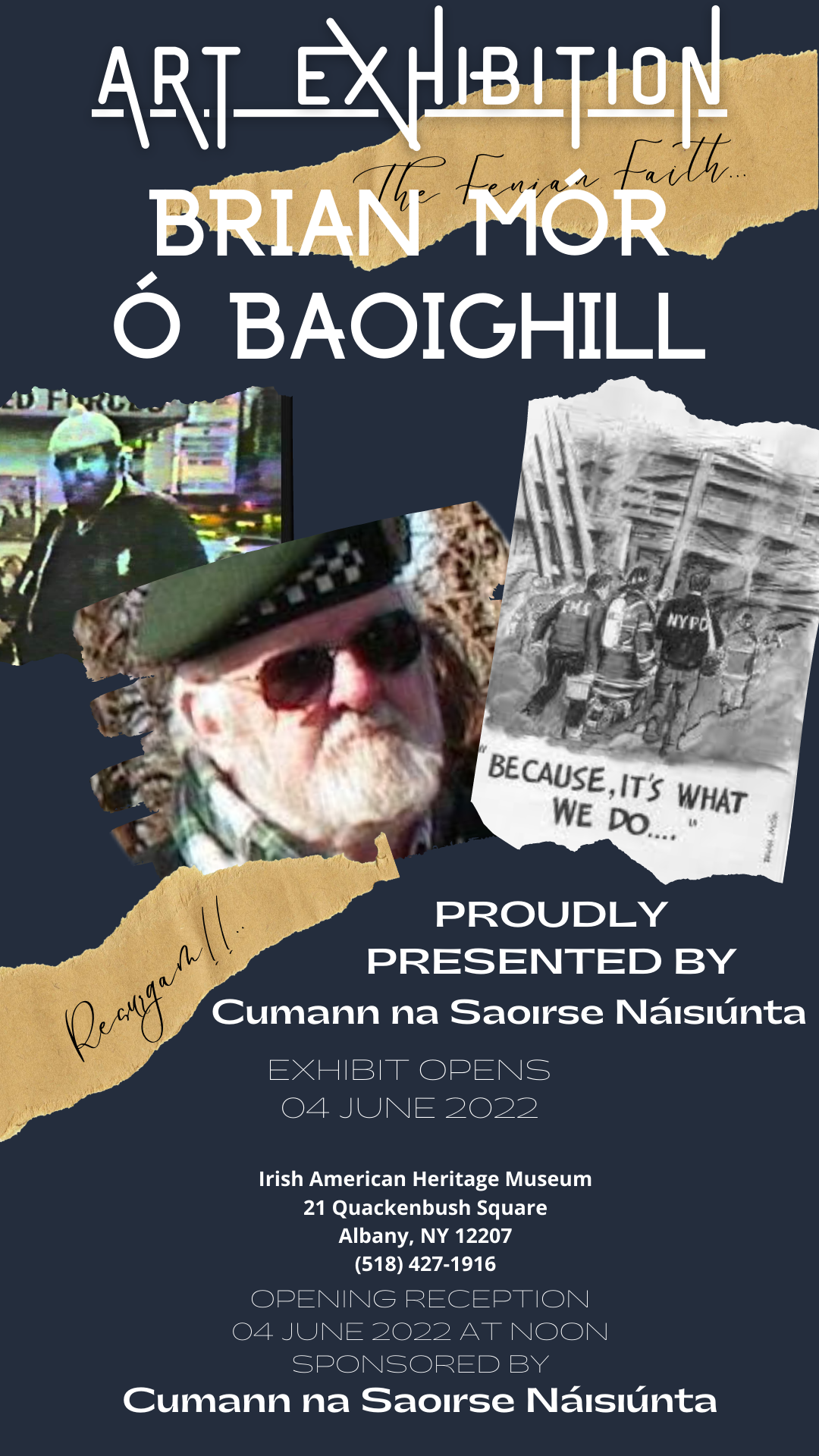 Join us for refreshments and entertainment at the museum for the opening of the Brian Mór Ó Baoighill Art Exhibit, comprised of pieces lent to us by various private owners and Cumann na Saoirse. Brian Mór was born to Irish immigrant parents in New York, and he was a true Renaissance man. The go-to Irish American graphic artist, he designed album covers for Black 47, Joannie Madden, Cherish the Ladies and Seanchie. His artwork filled both the old and new Rocky Sullivan’s Bar. Mór designed a coat of arms for Da Vinci Code author Dan Brown, illustrated Christmas cards, and designed a line of Irish China. His artwork is hung in the Bloody Sunday Museum in Derry, Ireland. Mór was one of the founders of Behind the Green Curtain on WBAI, which eventually became Radio Free Éıreann, and he was an active contributor until his death in 2012. Ironically earlier that year, Mór’s poster memorializing Theobald Wolfe Tone and The United Irishman, first displayed in New York City Hall, was hung in place of a picture of the Queen of England in Belfast City Hall. While Mór rallied against it being hung in a government office in Ireland still under British rule, somehow, his admirers believed it fitting that it was there!